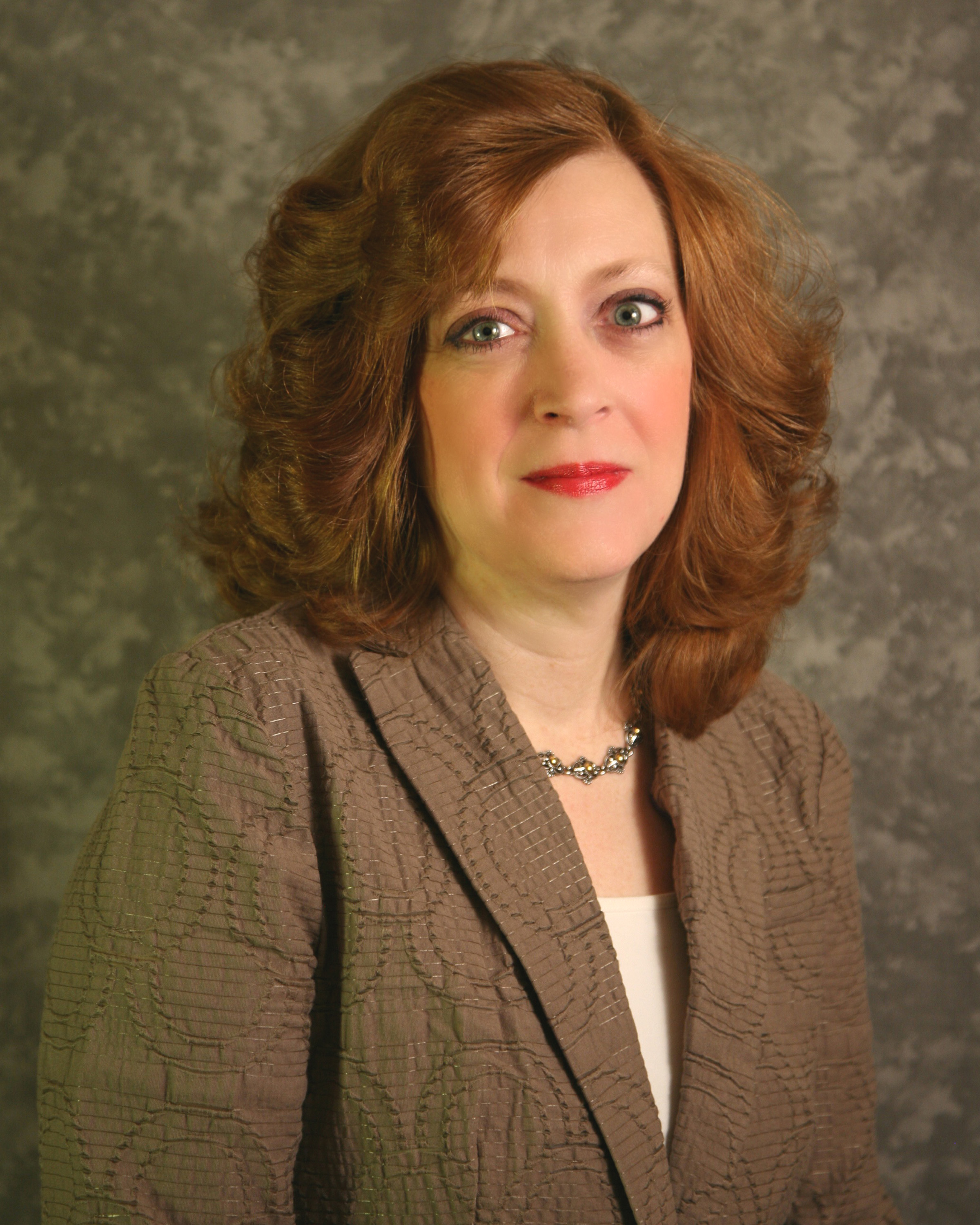 “We are advocates, we are mentors, we are neighbors, we are friends, we are fellow co-workers.” Those are all roles Laurie feels are deeply important ones that Ollie Webb Center, Inc. fulfills for families. Her life journey has been tightly interwoven with the organization—two of her siblings benefitted from the programs offered and her parents were among the first “Pilot Parents.”

So it seemed destined that an organization that has meant so much to her family would be where she would land. She has served as the Executive Director since 2003, when she led the merger of The Arc of Omaha and Career Solutions, Inc. into what Ollie Webb Center, Inc. is today.

When she’s not championing the families she works with, she enjoys theater, movies, reading, traveling, and, most importantly, spending time with her family, which includes her son, David. Incidentally, she has a cat named Oliver (named after Ollie because he was a stray found at the center). 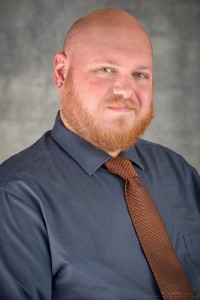 It started out as a contract to teach The Art of Imagination classes in 2012 and David never left. He now serves as the Education Coordinator for the Continuing Education department, but his title also includes resident filmmaker and videographer.

David graduated from University of Nebraska-Lincoln with a Bachelor of Fine Arts in Film and New Media as well as a Bachelor of Arts degree in Psychology. He has conducted workshops in theater and film, produced promotional shorts for nonprofits and worked in the fields of creative technology and broadcasting. 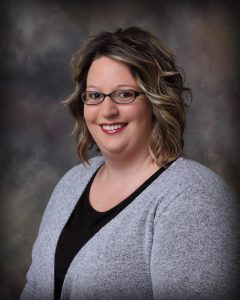 Aimee is a long-standing advocate of individuals with developmental disabilities, corresponding with more than 15 years of work providing services for vocational and residential programs.

Most recently, Aimee was the Project II Advisor for the Omaha Chapter of People First of Nebraska, Inc., which was honored as Chapter of the Year in 2018.

Today, she implements quality assurance activities, assists with fundraising, coordinates the STARS Basketball League and other health and wellness initiatives. 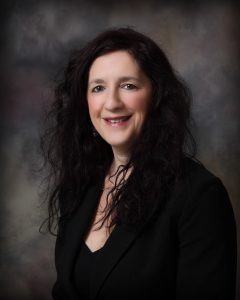 Cheri has served for several years on the boards of organizations supporting the needs of individuals and families experiencing a disability, including Ollie Webb Center, Inc., the Autism Center of Nebraska, and related Human Legal Rights Committees as well as the Douglas Federal Credit Union. Cheri earned her Bachelor’s degree in Business from the University of Nebraska at Omaha and has professional experience spanning fiscal administration and accounting.

Cheri first became aware of the Ollie Webb Center when her second child was born with Down Syndrome and she reached out to OWCI for support. In her role as Family Services Coordinator, Cheri has the chance to share her experiences and assist in the delivery of quality family services to others, including the Parent to Parent program. Cheri is a fitness enthusiast and she and her husband have worked together to create health and workout opportunities in the community for individuals with disabilities. 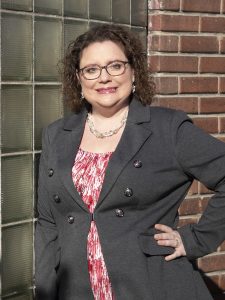 Audry is the Human Resources Specialist for OWCI. She has Bachelor’s in Human Resources from the University of Nebraska Omaha.  She is an experienced Human Resources professional with expertise in full life cycle recruitment, resume writing, and professional branding.  Audry is an energetic and outgoing employee with the ability to communicate effectively at all levels and a passion for talent matching. She is skilled in relationship building, networking and company/candidate marketing. In her free time, she enjoys attending her children’s many activities, trying new restaurants, and volunteering at Urban Acres Horse Rescue. 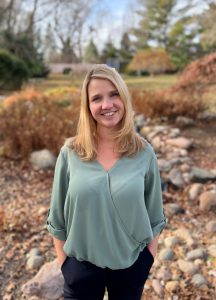 Jill is the Assistant Executive Director for OWCI. Prior to this position, she was a civil litigation attorney for 16 years.  Jill entered the nonprofit sector to make a greater community impact and is thrilled to advocate for OWCI and its mission.

Jill enjoys developing the potential in others and has taught as an adjunct professor for both UNO and Metropolitan Community College. She is an active volunteer in her local school community club and a troop leader for the Girl Scouts.  She has chaired and assisted in several local fundraisers.  In her free time, Jill likes to travel and garden, as well as cook and bake for her family. 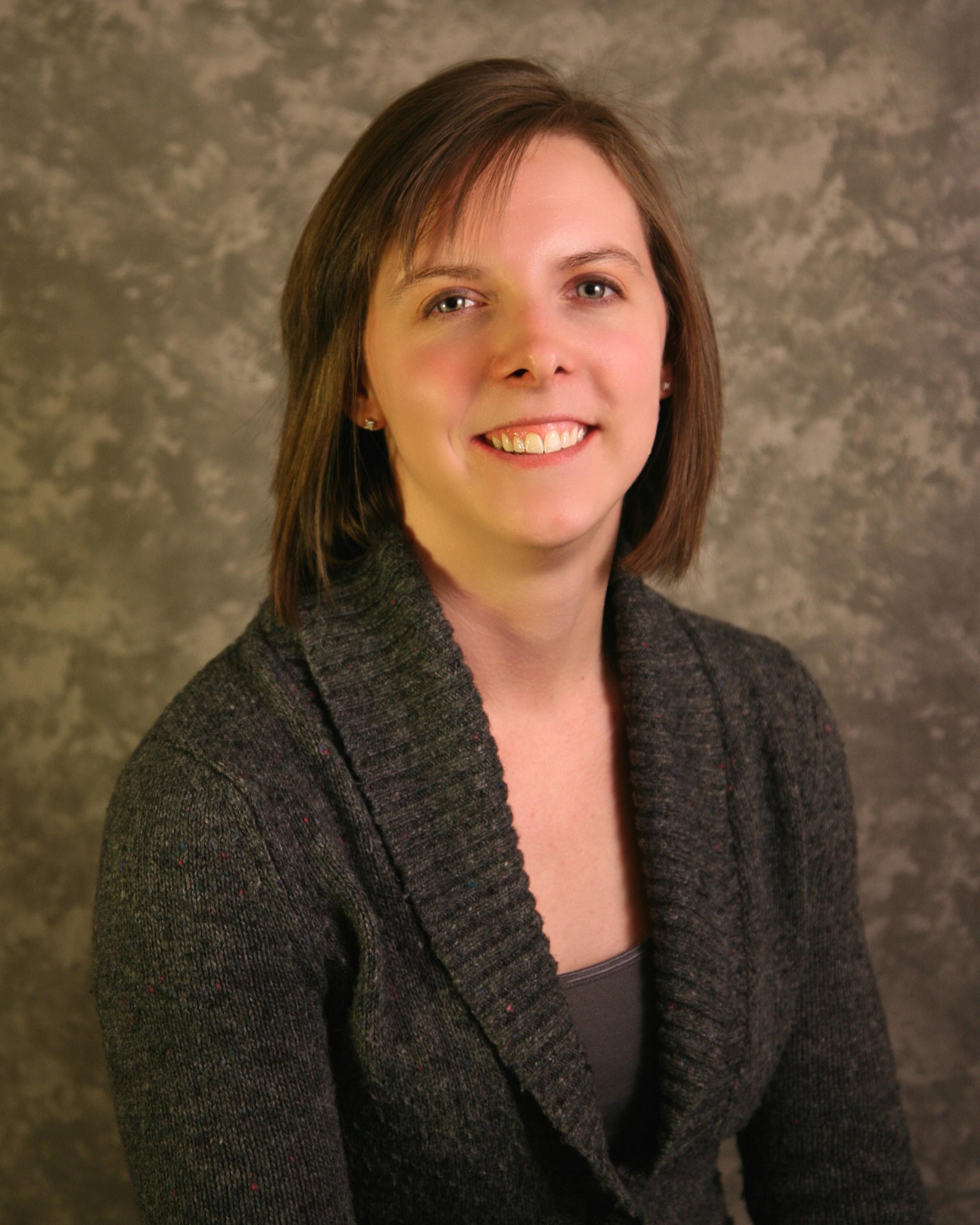 Lisa has been employed with OWCI since November 1999.  She began her affiliation with Ollie Webb Center, Inc. as a volunteer mentor with the Just Friends Program. Following her experience as a mentor, she was hired as the part-time Just Friends assistant for four years. After receiving a Bachelor Degree in Psychology from Creighton University in May 2004, Lisa took a full-time position as a case manager and assistant counselor at ABH (Addiction and Behavioral Health) Services, Inc. While at ABH, Lisa continued her part-time employment with OWCI.

In March of 2005, Lisa was hired as the full-time mentoring services director for The Arc of Omaha at the Ollie Webb Center. Then in 2011 she became OWCI’s Human Resource Manager.  She is currently the Compliance Director.

In addition to her work for OWCI, Lisa has worked with the Munroe- Meyer preschool program, Camp Munroe and as the Creighton University Best Buddies Chapter Director. 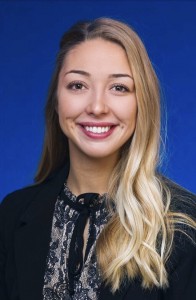 Alexa first fell in love with Ollie Webb’s work as a volunteer, when she became a Best Buddy. She was named College Buddy of the Year in 2016 and was President of Creighton’s Best Buddies Program.

From there, she became a job coach for the Supported Employment program and a program assistant for adult events. Now, she is managing the Best Buddies and Just Friends programs for Ollie Webb Center, Inc.

Alexa graduated from Creighton with a Bachelor’s degree in Psychology and a Doctorate in Occupational Therapy. She is currently working as a school-based occupational therapist in special education. 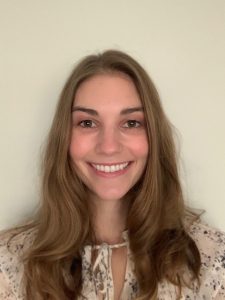 Alexis has a Bachelor’s in Parks, Recreation and Sport and will complete a Master’s in Business Administration in May 2022.  Alexis has fostered community relationships and developed community programs while working for the City of Papillion Recreation Department.  She has organized large scale events such as farmers’ markets, serving 500 to 1,000 patrons, including organizing theme nights and activities.  She has organized and implemented adult and youth sport programs and annual events.  Alexis has experience serving youth, adults, and the community. 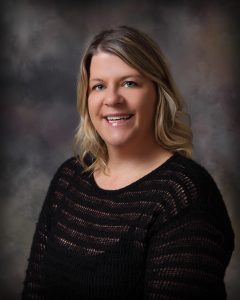 Megan has been supporting day-to-day financial activities of organizations for almost two decades.  She works in the language of billing, cash management, reconciliations, accounts payable and receivable, not to mention helping with payroll, financial statements and QuickBooks.  Besides a love of numbers, she is an avid sports fan and loves spending time with her family. 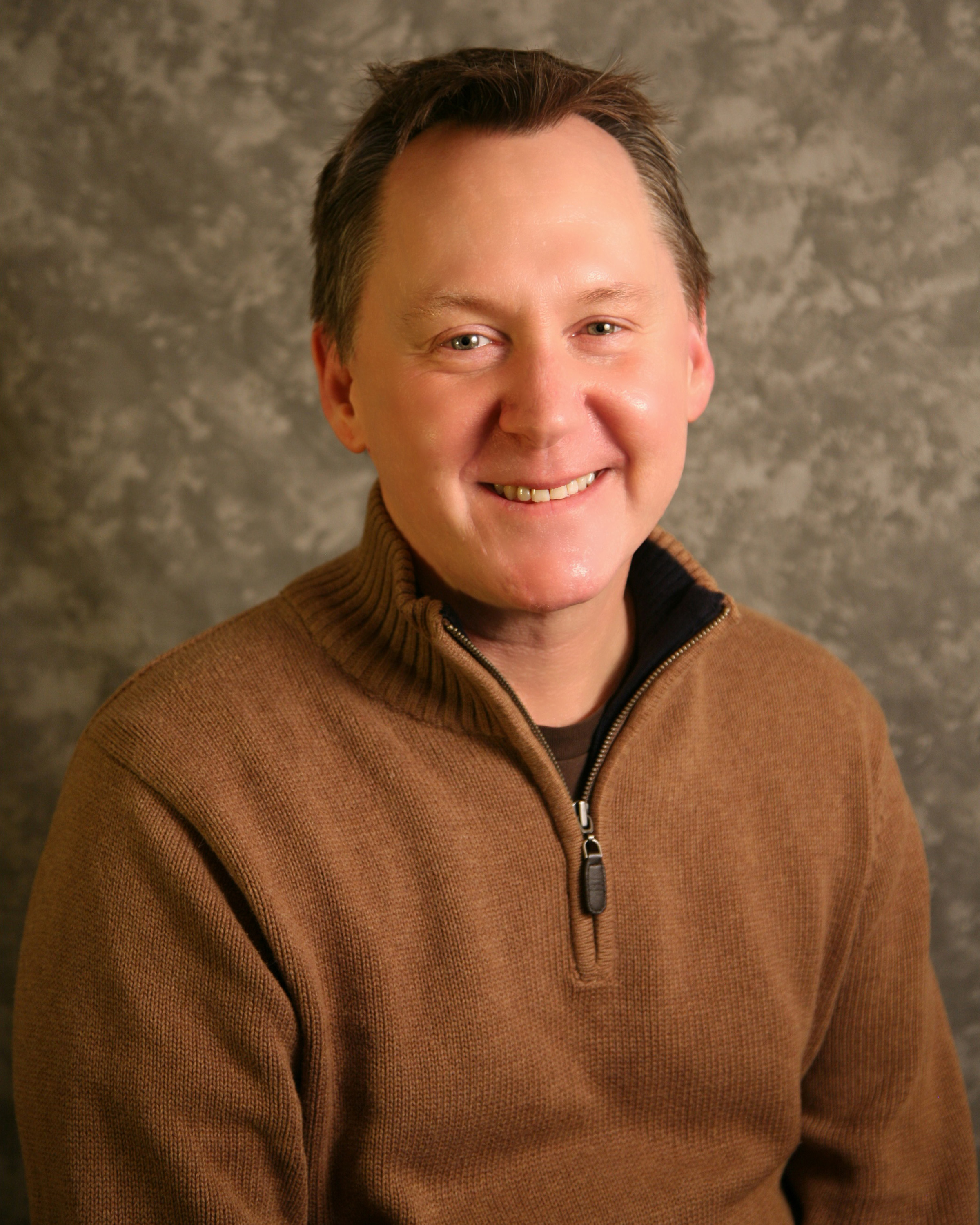 Jim is the Artistic Director of the Art of Imagination, the arts program of Ollie Webb Center, Inc. Among his most recent projects with The Art of Imagination are Loud Mouths, Omaha’s only annual playwriting festival by people with developmental disabilities, and The Amazing Invincible Super Comic Book Project funded by the Developmental Disability Council of Nebraska. Prior to Ollie Webb, he spent 4 and half years as an educator, actor, playwright, and Director of Youth Productions at The Rose Theater (AKA Omaha Theater Company for Young People.) Jim began his career in theater as a college intern at the Emmy Gifford Children’s Theater in 1987. He has also worked for The Coterie Theater in Kansas City, Educational Theater Programs in Oakland, California and the New Conservatory Theater Center in San Francisco, among others. Jim earned his undergraduate degree from the University of Kansas and his Master of Arts degree from San Francisco State University. 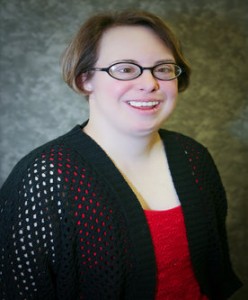 In July 2009, Jenny began her employment at Ollie Webb Center, Inc. as the agency receptionist. She also happens to be involved in many programs offered at Ollie Webb Center, Inc. One of her favorites is The Art of Imagination; she really loves the acting classes. Jenny also enjoys bowling, Next Chapter Book Club, and volunteering at Ollie’s Dream Gala ever year. She is proud to work for a great organization that has a wonderful, fun atmosphere and great co-workers. 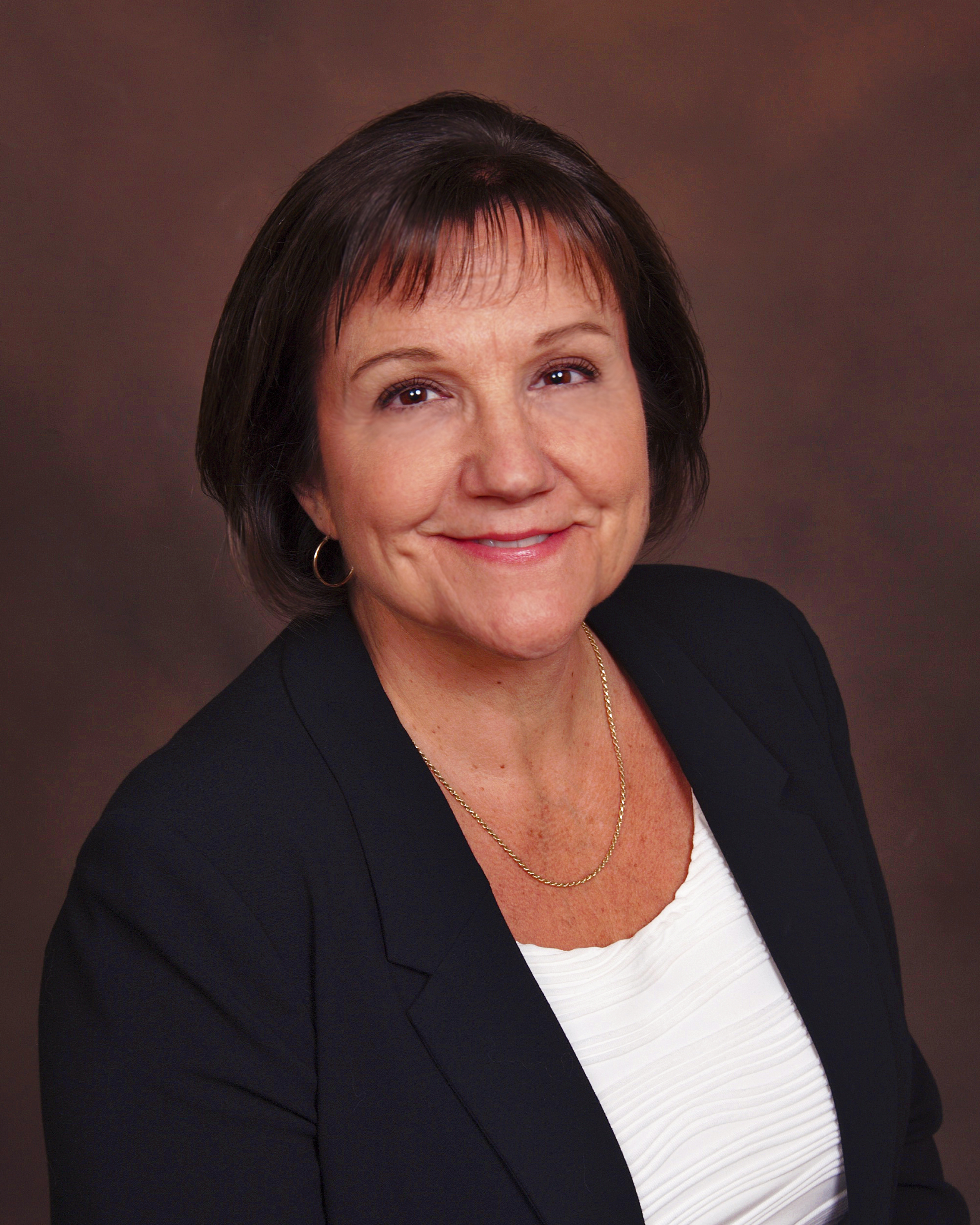 Robin has devoted her professional career to serving individuals with intellectual and developmental disabilities and endorsing person-centered and inclusive business practices. With over 20 years of progressive experience, Robin first started as a clinical social worker with The Arc of Palm Beach County, Florida. Since then, she has lived in several parts of the United States and has had the opportunity to support individuals of all ages. With extensive contributions in program development, operations, and personnel management, Robin is excited to be a part of the OWCI leadership team.

Educated in both Canada and the United States, Robin earned a Master of Social Work degree in Non-Profit Administration from Rutgers University in New Jersey and a Bachelor of Social Work from McGill University in Montreal, Canada. She has also served in diverse leadership roles as well as on several non-profit Boards and is passionate about collaborating to promote independence and quality of life for individuals with disabilities in achieving their maximum potential. In her personal time, Robin enjoys spending time with family and friends, hiking, reading, and traveling. 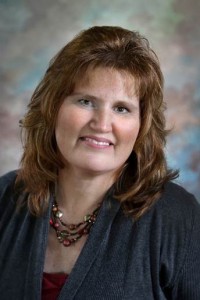 Lisa is passionate about promoting independence and quality of life for all individuals with developmental disabilities in order to help them achieve their maximum potential. She has spent her entire career supporting individuals of all ages, from infants through adults in a variety of settings. She started in 1999 as a Service Coordinator with adults receiving behavioral health services in Pennsylvania. Her work led her to the Early Intervention and Adult IDD Service Coordination Programs in Pennsylvania as a supervisor, program coordinator/QA specialist, and finally the Director of the IDD Programs at the county level. Lisa moved to Nebraska in 2016 with her husband and 3 children and began working for Ollie Webb Center Inc.  Lisa currently heads our agency’s Excitement Committee & is a member of the OWCI Legislative Committee.  She is a “RentWise” Instructor, a certified “Be Safe” Instructor, attends as a guest agency representative on the DD Council Planning Committee Meetings, OWCI Member of the MAPA Advising Committee, and attends the NCCD meetings.

Lisa holds a Bachelor of Social Work degree from Shippensburg University in Pennsylvania with a minor in Psychology. When not working, Lisa enjoys spending time with her children and husband, cooking new and interesting foods, gardening, & traveling. 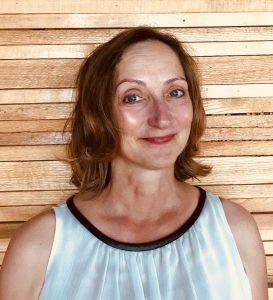 Carrie has a wealth of experience and expertise in arts education having worked as an artist, administrator and arts educator for over 30 years. She is a firm believer in the collaborative approach to creating, whether in the board room, the classroom or on the stage. Carrie has served as the Executive Director of The Kentucky Center Governor’s School for the Arts; Director of Education at The Kentucky Arts Council; the Associate Director of Education for the Seattle Opera; and Education Consultant for the Ford’s Theater in D.C. A choreographer and director as well, her credits include Manhattan School of Music; Cornish College of the Arts; and in education departments at Actor’s Theater of Louisville; the Washington National Opera; the Shakespeare Theater in D.C.; and Seattle Repertory Theatre. Carrie has also served as a panelist for the National Endowment for the Arts and the Nebraska Arts Council.

Jordan=Passion.  Her good nature and selflessness passes to other people around her. This can be seen through her philanthropic efforts with Habitat for Humanity, Executive Women International and Taysia Blue Rescue.  Jordan loves helping people and being supportive.  That is why she loves working at Ollie Webb Center, Incorporated!

Jordan and her husband, Ted, are the proud parents of two children and three huskies.  In her spare time, she enjoys volunteering, reading, Netflix binge-watching, puzzles, photography and traveling. Jordan loves trying out new adventures and making people laugh.